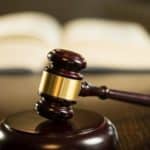 Four individuals have been charged for their respective roles in a conspiracy to sell phony Coast Guard merchant mariner credentials in Norfolk.

According to allegations in the unsealed indictment, Lamont Godfrey, 42, of Portsmouth, Eugene Johnson, 45, of Norfolk, Shunmanique Willis, 43, of Texas, and Alonzo Williams, 45, of Louisiana, acted in concert to create counterfeit certificates from the Mid-Atlantic Maritime Academy (MAMA) and sell them to merchant mariners for a profit.