German carrier Hapag-Lloyd and the 2M Alliance of Maersk and MSC have decided to prolong temporary suspensions of some of their services as demand remains at very low levels.

The initial moves occurred during the Covid-19 crisis peak, but as the demand has not recovered the shipping lines are forced to continue their service cancellation strategy with the aim of managing available capacity, thereby utilising the ships that are in operation more efficiently.

Market demand reductions, caused by the...

You probably remember the nice little chart below posted by Alphaliner last week, where the research house pointed out that Germany’s Hapag-Lloyd was worth as much as several of the world’s ocean container shipping companies combined.
Throw it away.
Oh dear
As I told somebody on the day that chart was published, Hapag had already lost about €6bn of value.
Believe it or not, its stock – at one point earlier this month trading …

The post M&A radar: German regulator stirs as Hapag sheds €17bn in a...

Hapag-Lloyd has published an additional void sailing due to the low demand caused by the Covid-19 downturn, with THE Alliance’s transatlantic AL1 cancelling the following service:

According to a press release issued by Hapag-Lloyd on May 20, its container ship has been detained in the port of Durban after 2 members of the crew tested positive for coronavirus, reports Fleetmon.

What is in the press release?

Hapag-Lloyd’s press release reads as below:

We regret to inform you that during normal operations our MV “Montpellier” voyage 2017w, deployed in our Middle East India Africa Express (MIAX) service, two members of the crew tested positive for COVID-19 in Durban, South...

Eastbound IEX sailings will blank fortnightly as per below schedule:

Hapag-Lloyd has announced that as of week 22 the Dakar Express (DEX) will resume the regular calls in Lisbon on the southbound leg.

By reinstating this call the company says it will offer a reliable connection between Lisbon and the global Hapag-Lloyd network with competitive transit times.

The first vessel which will sail from Lisbon will be Jonni Ritscher Voyage 2020S (ETS Lisbon May 27, 2020).

At the same time, Hapag-Lloyd has reported that due to operational reasons the vessel Hansa Rendsburg... 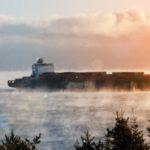 We regret to inform you that during normal operations our MV “Montpellier” voyage 2017w, deployed in our Middle East India Africa Express (MIAX) service, two members of the crew tested positive for COVID-19 in Durban, South Africa.

As a safety measure, the local authorities have ordered the vessel must remain at anchorage for 14 days, and has further directed that no cargo operations can be undertaken at this time.

Berthing at Durban and subsequent ports of the rotation will be adjusted...

Two crew members of Hapag-Lloyd container vessel Montpellier have tested positive for Covid-19 in Durban, South Africa according to a company announcement on 20 May.

As a safety measure, the local authorities have ordered the vessel to remain at anchorage for 14 days and have prohibited the 2,824TEU ship from any cargo operations.

Berthing at Durban and subsequent ports of the rotation will be adjusted accordingly, according to the German liner company.

The MV Montpellier is deployed in... According to the Danish consultancy Sea-Intelligence the level of blank sailings has reached a “plateau” although there are now more than 500 cancellations in total, this is not so different, from the cancellation levels seen last year.

In addition Sea-Intelligence says that the carriers have been very successful in maintaining rates: as a consequence of the blanked sailings programme rates have stayed 25-40% higher than in 2019, in some trades.

Even so Alan Murphy, from Sea-Intelligence, who...